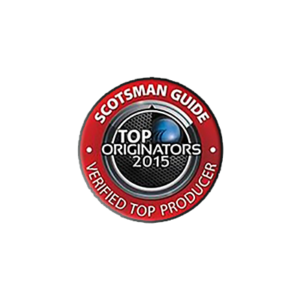 Williams Financial, Inc’s Bill Zigler was Ranked as One of the Nation’s Top Originators

Bill Zigler was ranked among entries from more than 2,400 mortgage professionals across the country. To be eligible for initial consideration in Scotsman Guide’s Top Originators rankings, originators must have had at least $40 million in loan volume or 100 closed home loans for the 2015 calendar year. After receiving submissions, Scotsman Guide required written verification of top entrants’ volume data from a certified public accountant, the chief financial officer at the originator’s company or a similar source.